Gilbert A. Smith’s Big Lie Blows Up Like Pinocchio’s Nose 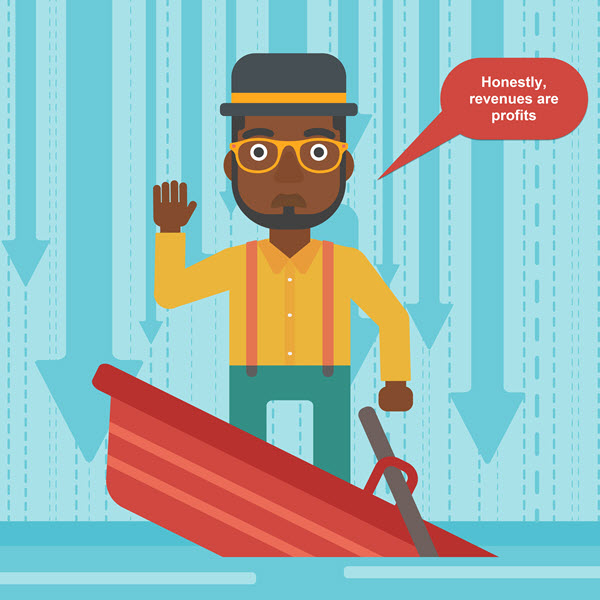 When You Return to the Scene of the Big Lie

As anyone who has followed this blog knows,  101st Business Session of ASALH was one where the membership was lied to and disenfranchised.  I will write about the latter in due time, but here I want to give an update on the effort to erase the Big Lie at the 102nd Business Session in Cincinnati a couple of weeks ago.  When the secretary of ASALH, Karsonya Wise Whitehead, read highlights of the minutes that were under consideration for approval, she reported that the ASALH Treasurer, Gilbert A. Smith, had told the meeting that the publishing proposal from the University of Chicago promised $100,000 in profits.  At that point, the treasurer being properly recognized stood up and asked that the minutes be amended.  Sounding and looking professional as his credentials, he said the word profit should be replaced by revenue!  What a grand admission a year later.  Those touted profits were merely revenues!  No mea culpa, no apology, nope. Instead the power player tried to get away with a power lie to leave no paper trace of his professional misdoings of a year ago.

A Rush to the Truth

My head snapped back, and before I could jump up and ask for the floor, Jamon Jordan, the president of the Detroit Branch, was recognized and asked whether the Gilbert wanted the minutes to say what he should have said or what he actually said!  In other words was he wanted the minutes to reflect the truth about the past or what he wishes had been the truth.  Jordan made clear that the minutes were accurate.  I was recognized and made clear that Gilbert A. Smith had said profits, not revenue, more than once and that I was willing to sign an affidavit.  (And I will and append it to this post.)  I said others in the room had heard him and others would probably be willing to sign affidavits and the response of the room of more than two hundred members was audible.  We all know what Gilbert and others had said at the 101st Business Session in Richmond when they still believed they would have to face a vote of the membership about whether to take on the University of Chicago as our publisher, ending a century of self-publishing.

Gilbert Stood without Support from His Friends

Now the others who had presented the proposal as profit rather than revenue were silent.  No, they would not stand up and take ownership of their falsehoods.  Gilbert, whom the President Evelyn Brooks Higginbotham has referred to as a Christian gentleman, stood alone.  She would not repeat what she had written to the Branch Presidents:

No, she did not stand up for the Christian Gentleman on September 29th, nope.  He was not alone in the Big Lie, but he was all alone a year later.  Yet Gilbert Smith cannot cry about the damage to his reputation, and being alone in it.  After all, he is the one who regaled us with his credentials as a business man, a Certified Public Accountant, who had a world of experience.  Indeed, he is the one who mentioned his affiliation with the Eron case, which resulted in Sarbanes Oxley Act, the law that makes financial accountability and transparent reporting a must.  Oh, he must know better than to lie about a proposal to a body that had to make a financial decision!  Given his credentials and his position, he must bear the weight.  An organization does not need to have a CPA as its treasurer, just an honest man whether or not he is an accountant or a Christian gentleman.

Stay tuned for more on this.