ASALH Did Not Vote for a Dictatorship!

It Is Time to Ponder the Removal of The Usurpers

On October 6th, at the 101st Annual Meeting, the President of ASALH and the Vice President of Membership, the two senior officers of our organization, told the membership gathered at the Business Session that they–the members in session–did not have the right to direct the Executive Council.  They opined that they were the elected officials and that they could govern ASALH as they pleased until they were voted out of office.  This, of course, came in the context of a their shutting down the debate on a motion to continue self-publishing the Journal of African American History.  Since then the Vice President of ASALH, visited the Detroit Branch of ASALH, and repeated this violation of the constitution and by-laws.  It is time to consider taking constitutional measures to remove them from office.  Here are the constitution and by-laws of ASALH, and the appropriate pages governing removal are on pages 5 and 6. 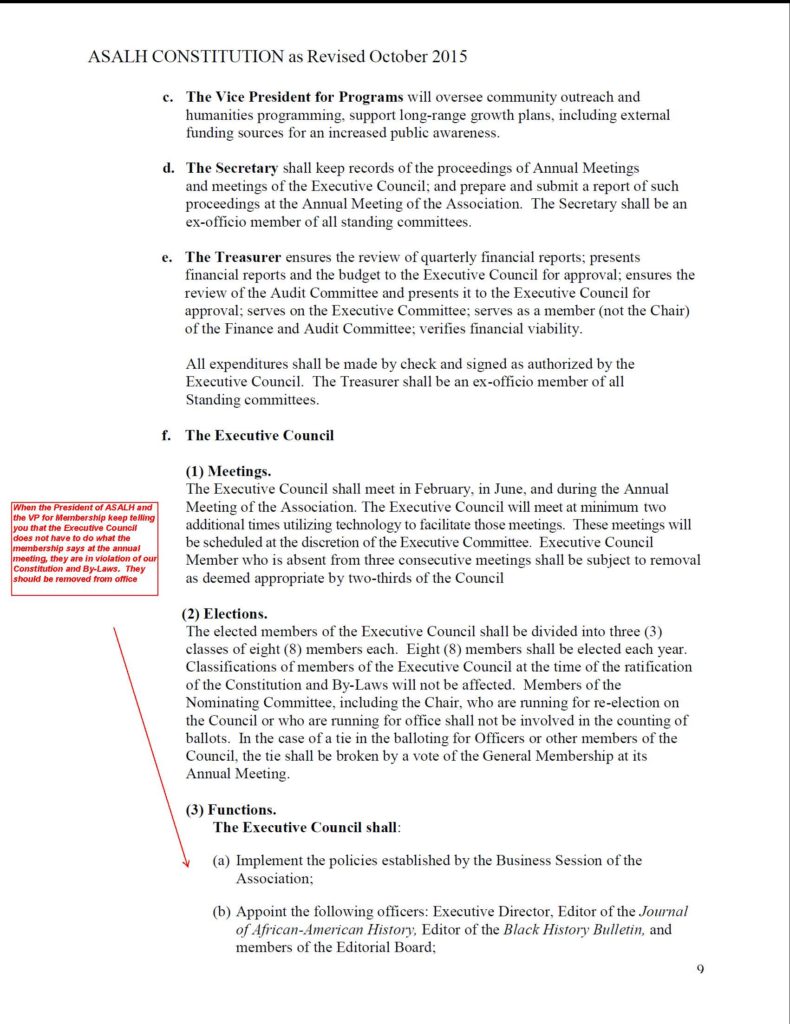 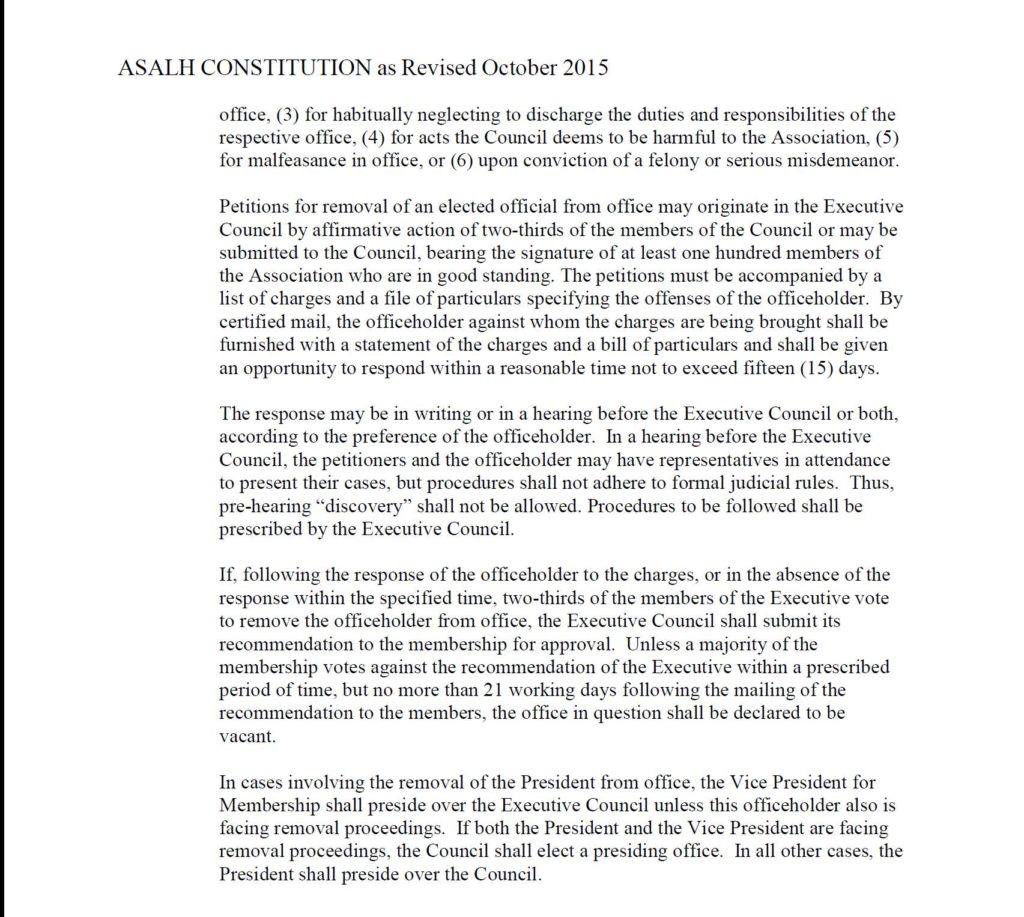 When You Are Losing the Debate Question the Motives of the Opposition Once You Get Out of a Business, It’s Hard and Expensive to Get Back In
ASALH Politics, Featured, Governance, Self-Publish