You Will Not Get Away with Disenfranchising the Membership of ASALH 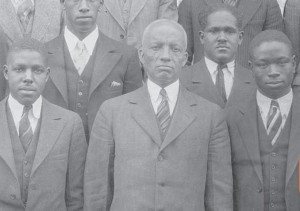 Two days ago the Executive Council of ASALH, under the leadership of Evelyn Brooks Higginbotham of Harvard, unconstitutionally arrogated to itself the authority to sign the contract with the University of Chicago Press. Our constitution requires us to follow Roberts Rules of Order, and now the president of ASALH has brazenly violated our rule.
When the legislative body of ASALH met in its Business Session at the 101st Annual Meeting in Richmond, the members, exercising their constitutional power, debated a motion to self-publish. Without constitutional grounds and in flagrant violation of Roberts Rules of Order, Professor Higginbotham ended the debate. Not only did she claim that the body had no such power to decide the issue, she asserted, in an autocratic move, that only the Executive Council makes the policies for our body and that our only recourse was to vote them out of office. Worse still, she announced that she herself was the authority to which any appeal of her ruling should be heard. The would-be dictator maintains she heard none! For sure, because she ain’t got no such power! The Vice-President of Membership, Greer Stanford Randle, concurred with this mockery of the constitution which clearly states that the function of the Executive Council is to carry out the policies set by the Business Session. Both must be held accountable.
The rogue vote of the Executive Council on Tuesday insisted on by the regime showed the rise of a principled opposition. Fifteen to eleven was much closer than the regime thought it would be. The regime was weakened by the last election, and they will eventually be removed. I commend those who have spent a year of their lives opposing the sell out of the principle of self-publishing, the foundation of our organization’s mission. I condemn those who would not only end our founding purpose but will do so at our financial disadvantage and against the rights of our membership. Just who are you to trample on our rights?
Many of you out here were at the meeting where the membership was disenfranchised and others have heard about it. Some of you have stayed on the sidelines concerned about bigger issues and sometimes your own careers. I understand. Yet in the new phase of this struggle to be right with Woodson, I will call on those of you who are members to sign petitions, to vote this year’s election, and to attend the meeting in Cincinnati, where we stand up for our rights against a handful of people who have lost their way.
Disenfranchising black people is not right with any major tradition in in black history, and our organization was founded on the belief that knowledge would expand, not contract, democracy.
Woodson, Too Many Former ASALH Presidents Still Won’t Look at the Numbers Before Making Decisions Silenced Dissenters
ASALH Politics, Featured, Governance, Self-Publish