The sell outs like to give the impression that the Journal of African American History is in a financial crisis, that it is unprofitable.  And people are always ready to assume this about Negro institutions so it is never challenged.  Amazingly, no effort has been made–even on the board–to substantiate the case by looking at the financial reports of the JAAH over recent years.  Indeed, at the 101st Annual Meeting, Gilbert Smith our CPA treasurer, simply reported that the Journal only made $242.00.  He did not provide anyone with an expense-revenue report.  He mentioned only a one-time accounting change, but did not say how it affected the 2015 profitability versus previous years or what the 2016 projection of profit or loss would be.  Of course that could have been easily done by a CPA, but alas it was not.  I will post the records as I locate them. 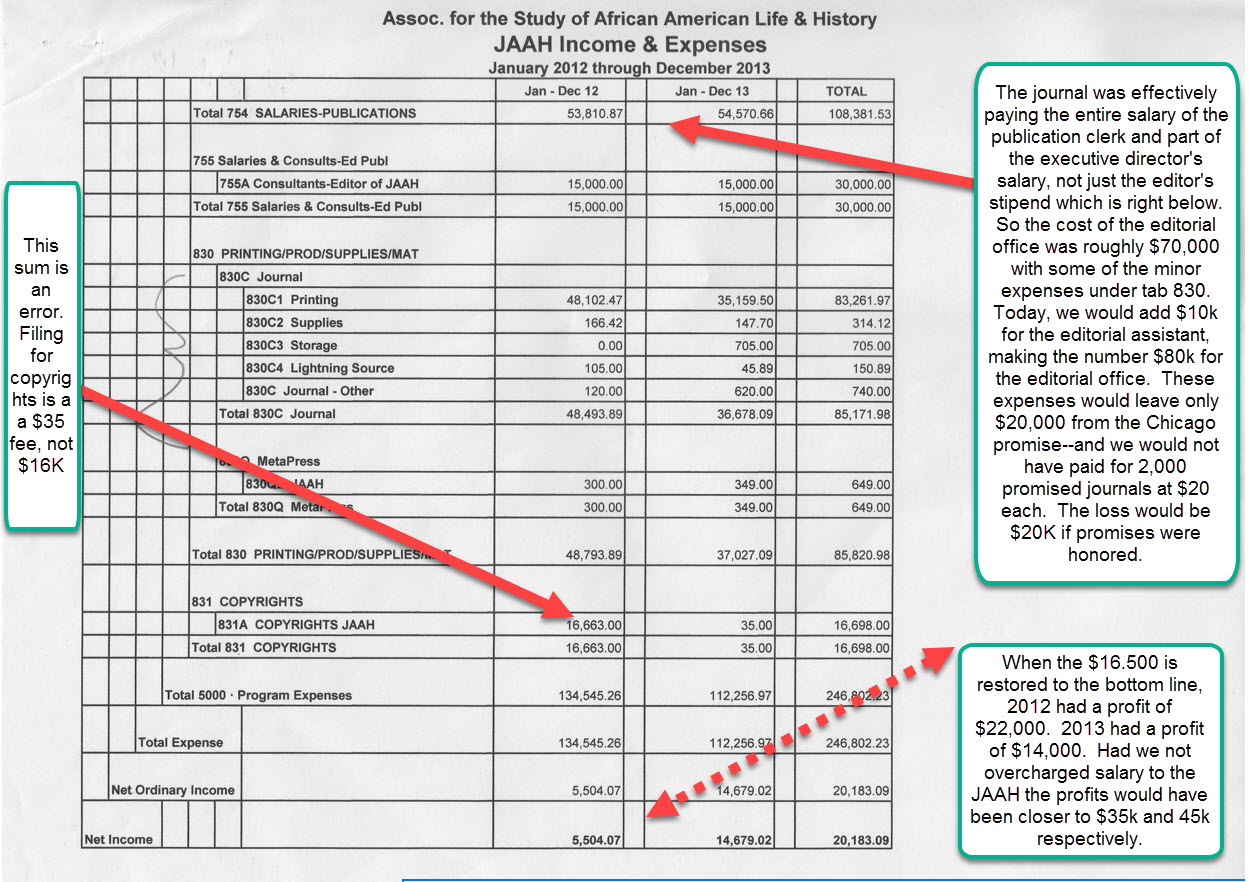 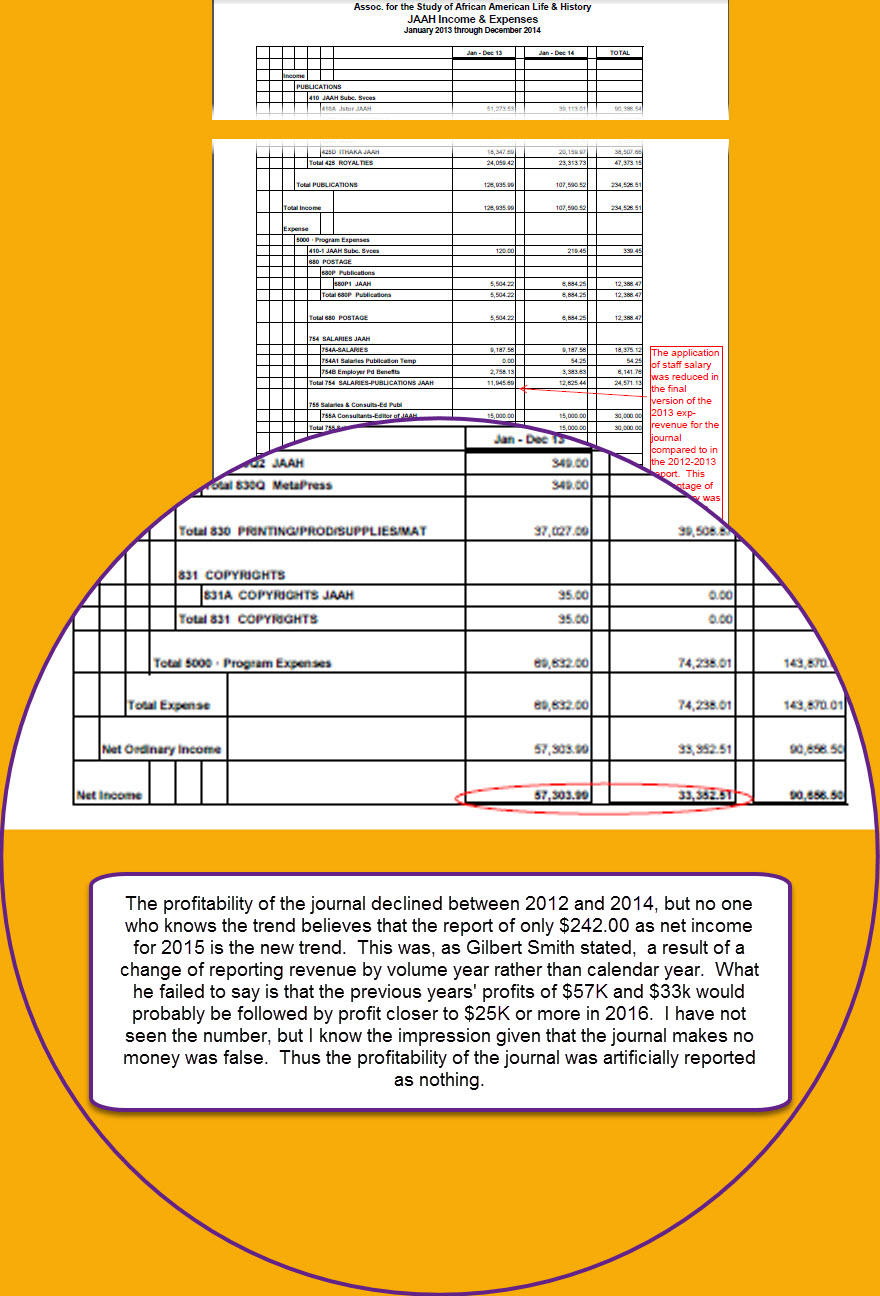