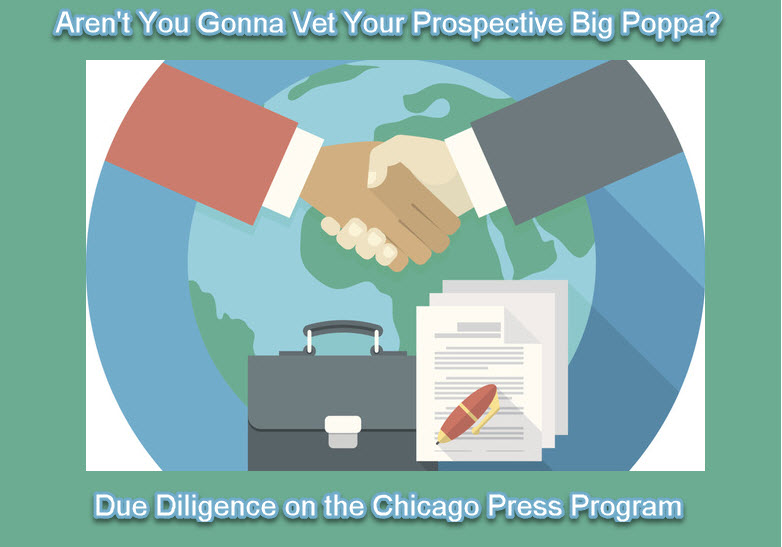 Executive Council members who take due diligence seriously need to vet the University of Chicago Press’s Journals Program.  As part of this, the journals manager at the University of Chicago Press should be engaged in a face-to-face meeting before the board.  This is a no-brainer for an organization that has been independently publishing its own journal for just more than a century.  Ending one’s independence in publishing sends ASALH on a new trajectory that could result in our never publishing our journal again–if this proposal succeeds or the executed contract fails.  (Getting back into a business would be neither simple nor cheap and hence not probable.)  Chicago itself has made a decision that changes their much out their journals operation.  The move was not obvious to anyone.  Choosing to build its own platform to service fewer than a hundred journals in the humanities and social sciences seems on the face of it a losing proposition in a world where economy to scale is measured in the thousands.   JSTOR and Project Muse entered this business a generation earlier with massive funding from the foundations, and now Chicago, along with the University of Chicago Press, has left JSTOR’s New Scholarship Program in 2015.  Few would recommend this course of action unless a new revolutionary business model is being pursued.  This, however is not likely, and so the question is whether there is a viable business model.  Though Chicago has published journals for nearly a century and a half, they are new to publishing on their own digital platform. Success is far from a given.  Because of this, ASALH needs to put hard questions to them.

And of the things that have stunned me in this process is the candid admission that ASALH has not spoken to JSTOR about how they could retain our business, but rather have allowed our prospective business partner speak to them in lieu of us for the purposes of undoing our generation-long relationship!